The ‘Castle of Spite’ and a Vengeful Inheritance 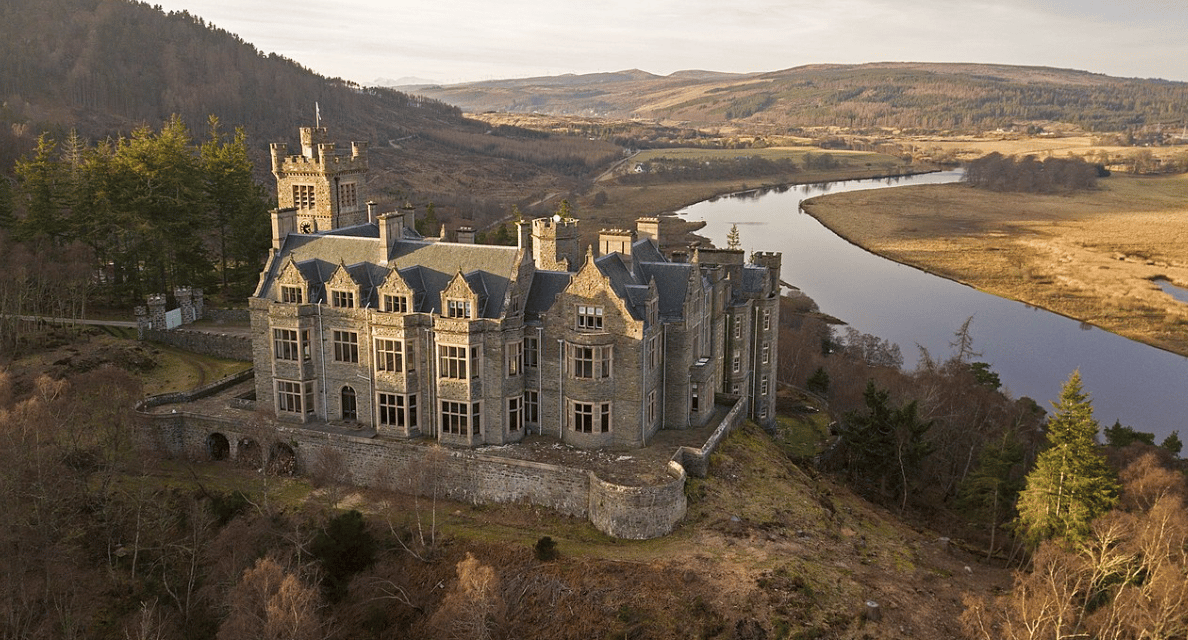 The ‘Castle of Spite’ and a Vengeful Inheritance

What would you do if your late husband’s family contested your entitlement to his fortune? Sit down with them and discuss it? Quietly move away to another country, never to be seen again? Or use the money to build a castle that dominates the landscape and blocks your stepson’s views?

You may have chosen to talk it out, but Mary Caroline, Duchess of Sutherland, took the third option upon the death of her husband, George Sutherland-Leveson-Gower, 3rd Duke of Sutherland.

Who is the Duchess of Sutherland?

The Duchess of Sutherland was more commonly known as ‘Duchess Blair’ because her first marriage was to another rich and powerful gentleman, Captain Arthur Kindersely Blair of the 71st Highland Light Infantry.

Her Wikipedia profile states that she is known for her, quote, ‘scandalous marriage’. But one is not sure which marriage the tag refers to. Her first husband died in a mysterious shooting accident. Although it was officially determined to be above suspicion, there were whispers that it could have been either a murder or suicide.

It must also be noted that she was embroiled in a secret affair with her second husband, the Duke, at the time of her first husband’s death. He was one of the wealthiest men in Britain and owned a staggering 1.4 million acres of land. One could say that he was an attractive prospect.

Unsurprisingly, Duchess Blair caused quite a scandal when she married the Duke only four months after the Duke’s wife also died in mysterious circumstances. That’s quite a few coincidental deaths.

It wouldn’t have been such a scandal if Queen Victoria herself didn’t staunchly disapprove. The quick wedding flew in the face of the required one-year minimum for a widow to mourn before remarrying. Queen Victoria even sent a letter expressing her misgivings, but The Duchess and her Duke ignored them.

At this stage, Duchess Blair had all the money in the world, but in light of the Queen’s disapproval, she did not have much social standing. This can only assume that this left a particularly bad taste in her mouth.

You may not be surprised to learn that only three years after her marriage to the Duke, he died too. The last one standing, Blair was due to inherit the lot, but the Duke’s son from his first marriage, Cromartie Sutherland-Levenson-Gower, wasn’t having any of it. He initiated a legal battle, but the Duchess was one step ahead. She gathered all of the relevant documents and burned them.

Unfortunately for the Duchess, the Judge found this act to be illegal. He rounded her up and put her in jail for six weeks. Enough time, one would think, for Mary Caroline to learn her lesson.

Enough Money Left for a Castle

You’ve probably already guessed that jail time didn’t suppress the Duchess. Indeed, in the finalised judgment, Mary received enough fortune to build her own castle even though the documents were in cinders.

They only had one stipulation – that the castle not be built on Sutherland family land or be visible to the main road or railway line, lest it ruin their view when travelling.

The Castle of Spite

The Carbisdale Castle was built between 1905 and 1917, but even though it wasn’t officially on the family land, it sat upon a hillside and dominated the landscape from every angle.

The one side of the clocktower facing Sutherland land was left without a clock in a deliberate snub to her late husband’s family. She did not want to give them the time of day.

With its obnoxious placement and clocktower without a clock, one doesn’t have to guess why it was nicknamed the ‘Castle of Spite’.

Who Owns the Castle Now?

The colourful Duchess Blair died in 1912. Since then, the castle has seen several incarnations but was most recently run as a youth hostel. The current owner bought the property in 2016 and renovated it.

What of the castle now? Well, it’s up for sale. That’s right; you can own the ‘Castle of Spite’ for 1.2m pounds. Not a bad price for a partially-renovated castle with some of the best views in Scotland.